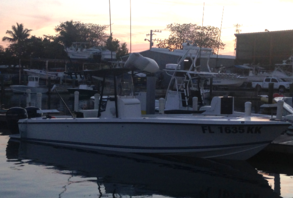 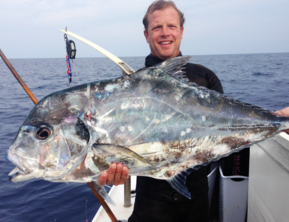 Streamline is a 28' Whitewater center console built in Miami Florida and is powered by twin Mercury outboards. Whitewaters are built with the South Florida waters in mind as it has a shallow draft but still excellent offshore handling. The shallow draft allows access to shallow water which is ideal for cast-netting live bait. Streamline is equipped with a large livewell, Furuno and Garmin GPS, Furuno sounder and all up to date USCG safety gear.

Captain J Kent grew up around the Chesapeake Bay and the Mid-Atlantic fishing for Stripers . Over a decade ago he migrated further south to Florida Keys where could pursue his love for offshore fishing in a prime environment for it. J spends winters fishing Key West and three months during the summer fishing for Salmon, Lingcod and world record Halibut off the coast of Southeast Alaska.